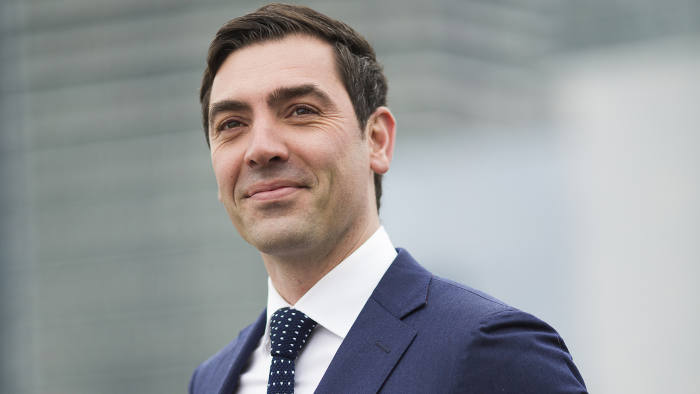 For MBA students, it is all about the network, or so the maxim goes. The fortunes of Bradford Turner would seem to prove the point.

The 35-year-old spent most of his career raising capital for not-for-profit organisations before he decided to study for the coveted business degree. An MBA, he thought, would help him set up his own consultancy to deliver better public services while saving public money. “I had this vision that there needed to be a consultancy that could advise about how the community could collaborate.”

The delivery of government-funded social services is carried out by a wide range of organisations, which invariably means expensive duplication. For clients, the system is equally complex. They may have housing needs, mental health needs, childcare needs and more, says Mr Turner. “They meet a different culture and different people every time they walk into an organisation. This is the problem.”

Mr Turner felt he lacked a “cocktail of things” needed to set up his own business, specifically international experience and an MBA. To address this, he decided to apply outside his native Canada, believing that studying in Europe would give him a more diverse experience than studying in the US.

So that he could continue in his job, he chose a flexible MBA, combining online teaching with regular visits to the university campus at Warwick Business School in the heart of the UK. “It was an immediate fit,” he says.

Setting up the company

One of Mr Turner’s reasons for enrolling on an MBA was to get an all-round view of business: he knew certain aspects well but was ignorant of many of the fundamental areas of running a company. His plan was to finish his MBA then launch his consultancy. However, once on the degree course his plans changed. “The MBA being a good generalist degree gave me enough knowledge to help me know what I didn’t know and when I had to get people in to help,” he says. “I thought, ‘I don’t have to wait to do this’.”

He began working with an acquaintance who was a political economist specializing in urban infrastructure, looking at how urban planning and environmental sciences could help to solve poverty, and set up a for-profit consultancy, called The Sector. “What we’re trying to do is to clean up the [public] sector and get people to work together.”

The MBA network “I started talking about this at Warwick,” says Mr Turner, who started his MBA there in June 2014 and will finish in July. Indeed The Sector became one of the hot topics in the university bar during the week-long campus sessions for the programme. “We would all break out the notes and scribble on napkins. Before you knew it, we had pictures on the napkins and we uploaded them on to the computer,” says Mr Turner. “This all happened . . . across the pub in the UK.”

Among his peers on the programme were students from Lebanon, Germany, Russia and the UK, and they are now helping him by setting up market research activities in their own regions. The Sector has already been retained by the municipality in York, Toronto, to conduct a feasibility study for a multi-use community service centre to improve client services.

Mr Turner believes the creation of this kind of venture and networking means that the MBA is returning to its roots. “I watched the MBA become a single line on a résumé to get a management job. I hate that. It is absolutely nuts,” he says. “It used be a degree for educating entrepreneurs or the next captains of industry, not a credential.”