When Canadian Bradford Turner started moving the pepper and salt around the table at the Dirty Duck he had little idea that it would lead to a start-up operation whose founders span three continents.

Explaining to Elena Dimova the intricacies of the business idea Turner had been carrying around for nearly a decade – essentially a consultancy that would save taxpayers money – involved several napkins and the re-arranging of the condiments.

Russian Elena, who works as a client specialists team leader in Thomson Reuters’s C&E and capital markets division, said: “Bradford was so passionate about this business idea, so I interrogated him about it over a drink and made him go through the business model properly – the salt and pepper were moved around a lot! ”

After seven years working for non-profit organisations and in the public sector, and seeing budgets slashed in Canada since the financial crisis, Bradford, a Distance learning MBA student, felt an opportunity had opened up for an organisation that specialised in delivering better public services in the most cost efficient way.

While working with NGO Save the Children, non-profit education organisation Junior Achievement Canada, and on various Canadian healthcare infrastructure projects, Bradford had seen how Government departments in Canada – so removed from the ground – had wasted their money on layers of inefficient bureaucracy when delivering social projects.

A niche opening was available for a consultancy that could provide Government departments a strategy to deliver more with less money, or as Bradford puts it “optimizing socioeconomic outcomes in government services by implementing integrated planning and client-focused service delivery models”.

Frederick Peters, a Research Fellow at Canada’s City Institute at York University, with a PhD in Political Science and a consulting focus on social infrastructure, partnered Bradford to grow the concept and look into building it into a business.

Dreaming in the Dirty Duck

“I had been looking at starting this firm for 10 years,” says 35-year-old Bradford. “I have the experience and the niche idea but I didn’t want to go into it without the 360 degree understanding of how to run a business, that’s why I decided to do an MBA before taking the plunge.” 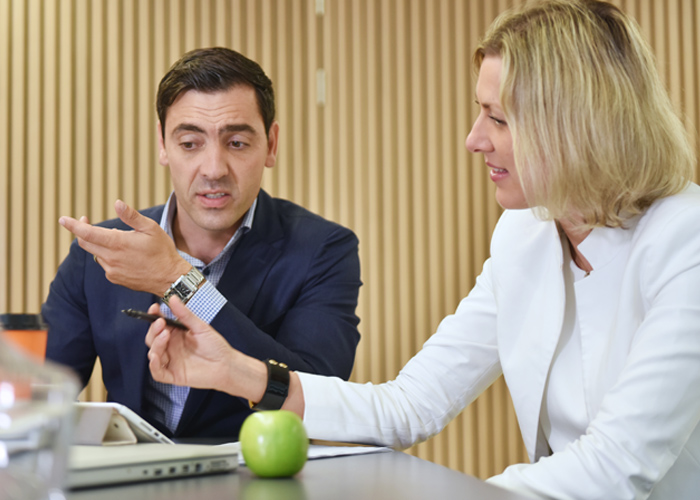 Bradford signed up for Warwick Business School’s Distance learning MBA but he soon discovered he had everything he needed in the course to start his business straight away and The Sector Inc was born.

“It was a huge realisation,” says Bradford. “On the MBA I have met like-minded people from all over the world, all the advice I need is there from fellow students and academics. Also, the course has the flexibility to allow me to build a business from scratch and continue with my studies.”

At the first of six Warwick Weeks – where distance learning MBAs fly to the school from all over the world for a week of lectures – Turner got chatting at the Dirty Duck pub on the university campus with some of his classmates. And over a pint and the condiments he pitched his idea.

As well as Elena, Belgium-based Londoner Remon Fahim, Mark-Andre Casper, of Cologne, and Chafic Filfili, of Lebanon, were also recruited from his MBA class. Dimova is exploring opportunities in Russia, while Fahim is focusing on the UK operation.

Remon is also familiar with government cuts as a commercial manager with Serco, a FTSE 250 company that specialises in running outsourced public services from prisons to London’s Boris bikes.

“While on a drive down to London after a long weekend at Warwick, I was discussing my experiences in public services and community development with Bradford,” says Remon. “It became apparent that I could compliment Bradford’s NGO background with my private sector knowledge. I have spent seven years working with government departments and I immediately understood Bradford’s vision.”

With colleagues in Russia, Canada, Germany, the UK and Lebanon it can be a challenge having a management meeting, but modern technology certainly helps.

“It is hard sometimes finding a good time for conference calls,” says Bradford. “But we have to collaborate in teams on the MBA so you quickly get used to communicating via the internet, it has not been a problem.

“Thanks to the MBA I have got to know them and seen how clever they are by working on assignments together, it has allowed us to demonstrate our knowledge and skills. We are learning from each other and being from different countries means we have new markets to target, while leveraging our business networks.”

For now The Sector is concentrating on Canada and its first job saw them research and put together a feasibility study on a proposed community hub for the York Region in Southern Ontario. 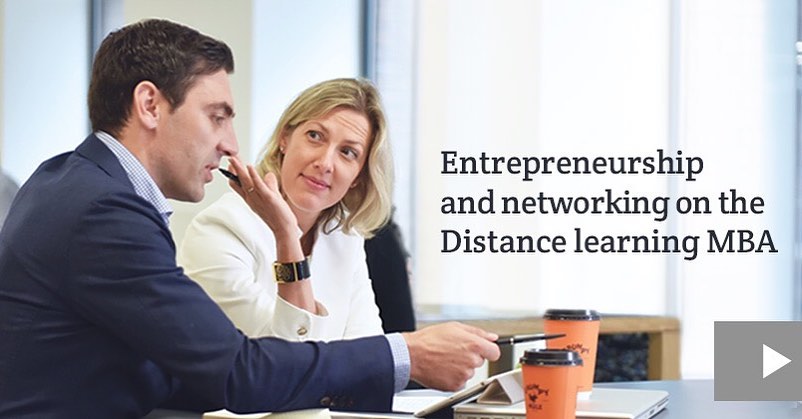 “It took eight months and we produced a 150-page report assessing the viability of the community hub,” says Bradford. “Instead of having these social and community groups working separately we looked at how they could be integrated under one roof, the savings that would produce and if it would improve delivery.

“We provided a series of recommendations on how it would go ahead as we found it would produce efficiencies and improve services. Hopefully it will go ahead and that could become a blueprint for other cities.”

Turner and Peters are full-time on The Sector, while the rest of the team carry on with their jobs. They all bring different skills, Remon does the quantitative modelling and financial analysis; Chafic is the big data analyst; Mark-Andre looks after risk and governance thanks to his insurance background, while Elena has financial expertise.

“I am involved in investigating what markets there are in Russia for The Sector,” says Elena. “At the moment it is really tough fitting it in around a job and the MBA – I’m not getting much sleep. But this is an exciting opportunity and not something I dreamed of embarking on when I signed up for the MBA.”

See this story featured in the Financial Times.